PRO Login
You are reading
This is the heading of proper length
Up
PRO Login
Main page Tutorials, Altcoins, Cryptocurrency
Hot topic

Bitcoin is no doubt the most well known cryptocurrency-related project, dominating the current financial scenery, however it is not the only one, giving space to Ethereum. It should not come as a surprise, given that the cryptocurrency world's new favorite thing soared in value. To be more precise, the price of something called an ‘ether’ token is up over 3,000%. Bitcoin (Bitcoin), on the other hand, is up about 141% so far this year.

But what exactly are these ether tokens and Ethereum? Are they really more profitable as an investment than Bitcoin? Let's figure it out.

The most interesting thing about Ethereum (ETH/USD) is perhaps the fact that it is not really about cryptocurrency. It is rather a blockchain-based platform and a programming language that any developer could use to build and run the so-called distributed applications (Dapps). In other words, Dapps are just like any other computer programs: you can use them to perform any task you are able to algorithmize. But the decentralized aspect of Ethereum makes them extremely well protected from any kind of fraud or hacker attacks. According to the Ethereum website, it can be used to “codify, decentralize, secure and trade just about anything.” This explains the interest shown towards the platform not only by startups, but also by software giants such as Microsoft, IBM and Acronis.

Vitalik Buterin, a young cryptocurrency enthusiast and programmer from Toronto, proposed Ethereum in 2013. His idea quickly attracted other developers and in July 2014 they launched an online crowd funding campaign, where participants were offered Ethereum tokens, or simply ether, which functioned as shares in the project. By August they raised more than $18million and that was the first truly successful ICO. Now, the Ethereum platform itself often gives developers means to raise funds for their projects, as it is capable, among other things, of “hosting” initial coin offerings.

While the potential applications of Ethereum are wide in its range, the platform is best optimized to carry out the so-called “smart contracts”. A smart contract is a set of rules that are automatically executed when certain conditions are met, without any possibility of censorship, fraud or third party interference. Therefore, Ethereum is able to provide greater security than traditional contracts and bring down the associated costs. 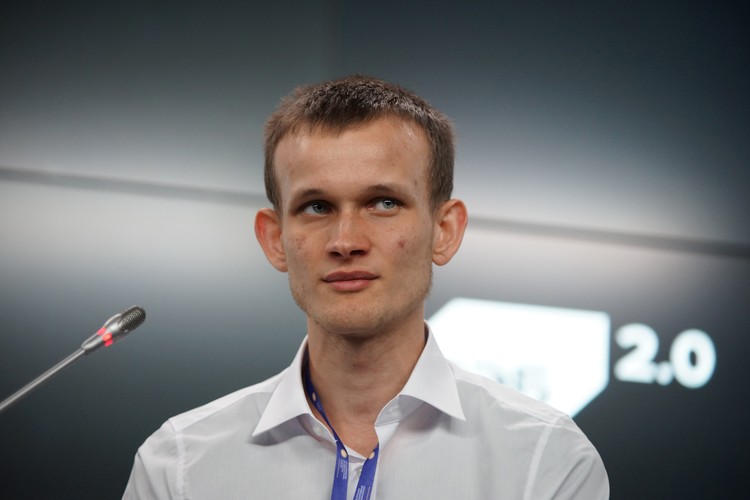 So what is ether, then?

Ether is in a way, a fuel for the applications running on the platform: all the contracts in the Ethereum system are carried out by transferring certain amounts of ether from one party to another (and in that case, it is usually called “gas”). Besides, ether can be used as an internal means of payment, or traded on the exchange just like any other cryptocurrencies.

It can be said that Bitcoin is similar to gold in its investment characteristics: its supply is strictly controlled by mining, and its value changes mainly according to the market speculations. Ether, on the contrary, resembles oil or other commodities, as its price moves are driven by the demand and the total volume of transactions in the network.

Bitcoin, despite its volatility, is a relatively stable, well-established cryptocurrency, and that is the reason why making money with it can be difficult, especially if you do not have a significant start-up capital.

The scope of possible applications of Ethereum is incomparably wider than that of Bitcoin. In addition, the platform was originally designed for a rapid scaling. In the nearest future, the high demand for blockchain technology will most likely lead to a rapid increase in the cost of ether. Some analysts predict that Ethereum is poised to overtake Bitcoin just next year.

On the other hand, such complexity of the platform also brings certain security complications (think of The DAO attack). The underlying system itself can be flawless, but the probability of human error in the case of Ethereum is much higher. Finally, the Ethereum software and protocol are still in their early stages, and it is hard to predict how their further developments will affect the price of ether.

Wait a second, what is The DAO attack?

One of the first and the most successful applications on the new platform was a decentralized autonomous organization called The DAO. In 2016 it raised a record US$150 million in a crowdsale to fund the project. But unfortunately, hackers found an exploit in its code and stole about $50 million worth of ether, effectively ending The DAO and casting doubt on the viability of Ethereum itself.

The transactions in the blockchain system are irreversible, but the community had to find a way to get the money back to the original DAO investors. After long debates, most users voted in favor of a hard-fork, or splitting the blockchain into two versions: one where the hacking never happened, and the original version that contained the hack. They supposed that soon after the fork, all the Ethereum users would update to the new version and the old version would simply disappear, making the stolen funds impossible to be used by the hacker.

However, some users felt that such a solution was contrary to the very idea of blockchain, so they continued supporting the old version of the platform, which has become known as Ethereum Classic (ETC) (ETC/USD). ETC is way cheaper and is generally considered less safe compared to ether (ETH), but it is ultimately your choice of the platform to use.

How to get Ether?

The simplest way to acquire ether tokens is to buy them on an exchange with fiat currency or with bitcoin. A cryptocurrency exchange named Kraken is considered to be a good way to buy ether with fiat money; if you’re going to use bitcoin, the exchange preference is Poloniex.

Another important advantage of ether is that you can still mine the cryptocurrency yourself at home. Alternatively, you can consider buying a cloud mining contract.

We are going to publish more detailed guide on buying and mining ETH soon; please subscribe not to miss some important guides and market news.

Should You invest in Ethereum?

We believe ether provides some unique possibilities not offered by other cryptocurrencies, including bitcoin, but it also comes with its own set of risks and considerations. Yet, almost 94% of firms surveyed by The New York Times said they feel positive about Ethereum, and it is now probably the best time to get to know the cryptocurrency better, just keep in mind that it is still an emerging technology and be careful.