PRO Login
You are reading
This is the heading of proper length
Up
PRO Login
Main page News, Auto, US

The US government has sued Fiat Chrysler, alleging the automaker used illegal software to allow its diesel engines to cheat emissions tests.

Fiat Chrysler is accused of breaching the federal Clean Air Act and the lawsuit seeks injunctive relief and civil penalties. 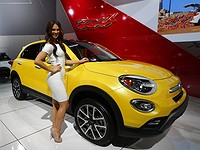 'EU to launch case against Italy over Fiat emissions'

The company's shares fell after the lawsuit was announced.

Fiat Chrysler said it was "disappointed" with the lawsuit and will "defend itself vigorously, particularly against any claims that the company engaged in any deliberate scheme to install defeat devices to cheat US emissions tests."

A defeat device is a piece of hardware of software that that interferes with or disables emissions controls under real world driving conditions, even if the vehicle passes formal emissions testing. 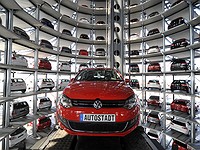 Volkswagen nears a guilty plea and a $4.3 billion settlement with DOJ over Dieselgate

In January, the Environmental Protection Agency and the US state of California accused Fiat of using defeat devices to allow excess diesel emissions in 104,000 2014-2016 Jeep Grand Cherokees and Dodge Ram 1500 trucks.

At the time the EPA said the maximum fine was $4.6 billion. 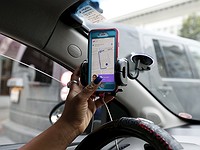 The company said it plans to install similar software on earlier versions of the cars that were the subject of the lawsuit.

Fiat said "these updated software calibrations fully address EPA’s and [California regulators’] concerns and can be installed in the [vehicles’] engine control module through a simple software reflash," the company's lawyers wrote in a filing in the San Francisco federal court last week.