PRO Login
You are reading
This is the heading of proper length
Up
PRO Login
Main page News, Tech, Auto, US

Mr Fields will be replaced by James Hackett, who currently heads the Ford unit that works on autonomous vehicles, The New York Times reports.

The announcement is expected later today. 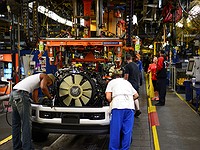 Ford Chairman Bill Ford and the company's board of directors are said to be unhappy with Mr Fields' stewardship of the company, whose share price has plunged almost 40 percent since he became CEO three years ago.

Another sign of Ford's woes has been its falling share price and market capitalisation, which was surpassed by electric car maker Tesla (NASDAQ: Tesla [TSLA]) last month. 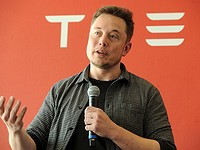 Ford will attempt to make up for lost US sales by cutting costs and last week announced that 1400 jobs in North America and Asia would be axed.

It hasn't been all bad on Mr Fields' watch. Last year Ford reported a record $10.4 billion in pretax earnings. However, a lower profit forecast for this year amid huge investments in "emerging opportunities", was not well-received by investors. 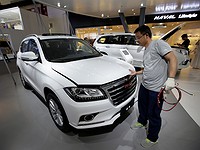 Great Wall could fill the void in Mexico left by Ford, Carrier