Chinese ride-hailing giant Didi valued at more than $50b

China's top ride-hailing firm Didi Chuxing will become the nation's second most valuable private company after its $6 billion fundraising lifted its value to more than $50 billion.

Didi and Softbank have refused to comment on the capital raising. 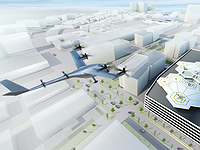 Alibaba affiliate Ant Financial is the largest privately-held firm in China, believed to be worth more than $60 billion.

Didi's latest capital injection will reportedly be used to expand internationally with the company securing partnerships in its core ride-hailing business but also in self-driving technology, according to reports.

Didi boasts 400 million users in China, where it operates in 400 cities.