A Brexit-induced labour crisis would wreak havoc on the UK's agriculture industry but a shortage of workers could provide a unique opportunity for robots to move into the sector.

A new farming robot named Thorvald could fill the gap left by seasonal migrant workers but it still needs some tweaks before it can operate autonomously.

Pål Johan From, the robotics professor who developed Thorvald, said Brexit was the "main motivation" for his invention. 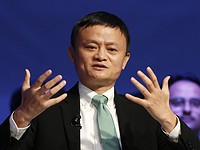 Thorvald is currently operated by remote control but its potential is clear to see.

The robot can carry trays of crops to human pickers, sparing them long walks across large fields and at night can bathe plants in ultraviolet light to kill mildew that if left unabated could spoil as much as half the crop.

While creating a robot with the subtle hands of a skilled fruit picker would be an enormous challenge there remain many more simple and mundane tasks suited to robots like Thorvald. 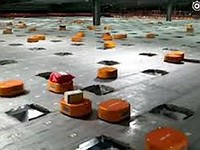 "They have the potential, really, to do any task in agriculture," Mr From said.

Now thank to a grant from a large British produce company Mr From and researchers from Lincoln and the Norwegian University of Life Sciences are working to develop fleets of Thorvalds that can operate autonomously.