PRO Login
You are reading
This is the heading of proper length
Up
PRO Login
Main page News, Travel

Uber President Jeff Jones has resigned saying that his approach to leadership was at odds with the way the company operated.

"I joined Uber because of its mission, and the challenge to build global capabilities that would help the company mature and thrive long term," Mr Jones said in a statement.

"It is now clear, however, that the beliefs and approach to leadership that have guided my career are inconsistent with what I saw and experienced at Uber, and I can no longer continue as president of the ride sharing business." 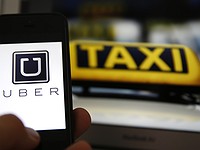 Uber loses over $800 million in Q3 despite growing sales

The resignation comes during a difficult period for Uber.

Last month Uber Chief Executive Travis Kalanick was at the centre of controversy after a video was released showing him berate an Uber driver who complained about cuts to drivers' rates.

Uber's vice president of maps and business platform, Brian McClendon, has also said that he will leave the company by the end of this month to pursue a career in politics in his home state of Kansas. 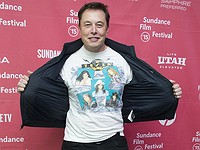 And just last week director Raffi Krikorian of Uber's self-driving division announced that he had quit.