PRO Login
You are reading
This is the heading of proper length
Up
PRO Login
Main page News, Oil
Hot topic
111 111

For the first time this year the oil price has slumped below $50 a barrel (ICE Europe: Futures On WTI Crude Oil Apr 2017 [T]) on the back of increased production from OPEC members and US shale oil producers.

Crude closed at $49.28 a barrel in the US yesterday, a level not seen since November 29, CNN reports.

This month alone oil prices have plunged 9 percent dragging down the shares of energy and oil service companies.

Part of the decline has been attributed to the about-face by OPEC, which last year pledged to reduce production in a bid to raise prices 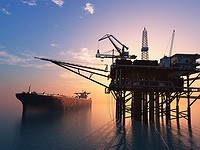 Russia cuts its oil output ahead of schedule

While OPEC has cut overall output, members Iraq, Kuwait and Ecuador have all ramped up their US exports, last week shipping an extra 730,000 barrels per day to the US.

At the same time US imports of Saudi oil have surged by 145,000 barrels per day, leading to a supply glut.

Nine weeks of rising inventories saw US crude stockpiles surge by 8.2 million barrels last week, according to US government data.

More foreign oil imports have exacerbated the effect of the comeback of the US shale industry with some analysts suggesting that the market appears to be oversupplied.

US oil production has increased sharply with output up by almost 600,000 barrels per day since last summer. Production is now up to 9.088 million barrels per day, the highest level in over a year, according to the US Energy Information Administration (EIA).

And the oil price situation could potentially fall even further with the EIA warning that US oil production could climb to an all-time high of 9.7 million barrels per day next year.

"It's going to have to be done in a measured way, or else we kill the market," he said.