Howard's "2 and 20" formula will become a thing of the past as the company decides to cut its management fees to zero to keep the remaining clients after losing money for 3 years in a row.

The hedge fund industry is struggling. The experts say that the industry hasn't been in such a heavy decline since the post-crisis times of 2009. Yet recently, investors have been pulling cash for 3 quarters straight, making hedge funds extremely anxious about the future. That is why, even one of the biggest and richest hedge funds, Brevan Howard, decided to change the course of its business after going through almost 3 straight losing years.

Yesterday, the company announced the plans to transform its long-standing "2 and 20" charging scheme into "0 and 20" as a way to hold on to the assets. The company will stop charging the management fee of 2% of invested assets and will only stay with the 20% fee on profits, cutting out a considerable part of its income. Brevan Howard have "minted billionaires" with this fee scheme, says the Wall Street Journal, and such a drastic change is nothing but a very alarming sign of the struggling hedge fund industry.

Brevan Howard will effectively cut the 2% management fee starting December 1st for both of its funds including the central Master fund as well as the smaller Multi-Strategy fund. An insider source told Reuters that the 0% rule will only apply to new investments from the current clients and also to the new gains from the money that have already been invested in one of these funds.

According to Financial News, the Master fund had about $24 billion in assets in the last quarter of 2014, which was later decreased by $4 billion to the total of $20 billion only a year later. However, the hedge fund has been hit the hardest this year, when its assets decreased to $14.5 billion. Howard's flagship fund managed to make profits even during 2008 crisis but it has been trapped in a series of annual losses in the past 3 years. The experts say that this trend is highly unlikely to change this year. For one of the largest and oldest hedge funds out there, this is a very disappointing result. Therefore, it seems like lowering the management fee is Brevan Howard's last chance to woo clients and hold on to its remaining assets.

What does it take to stay on the market

But it seems that the mood in the entire industry is getting darker. Barrons mentioned a research that found out that almost half of the 270 hedge fund managers who participated in the poll were convinced that the industry assets would only decline in the next year. Yet the same poll conducted just last December found out that more than 70% of the managers believed that the industry assets were about to grow in 2016. However, the managers' mood has drastically changed since last year and here is why.

Brevan Howard is not the first one to lower fees in order to stabilize its rapidly declining position. Such hedge funds as Caxton, Och-Ziff Capital Management and Tudor Investment have already made similar moves, reports Reuters. Among these, it is worth mentioning Tudor Investment Corp., another giant hedge fund, that has fired 15% of its employees this year after the investors pulled $2 billion out of the firm. Some experts believe that lowering of management fees started a "chain-effect" in the industry as more and more firms decide to cut their fees in order to keep up with the competitors and attract clients.

In addition to that, the Wall Street Journal mentions another hedge fund firm that went even further than lowering fees - it closed down. New York-based Perry Capital has suffered a 60% decrease in its core assets in just 2 years and is now left with only $4 billion. Yesterday, Perry Capital's founder Richard Perry announced that the company will stop providing its services. 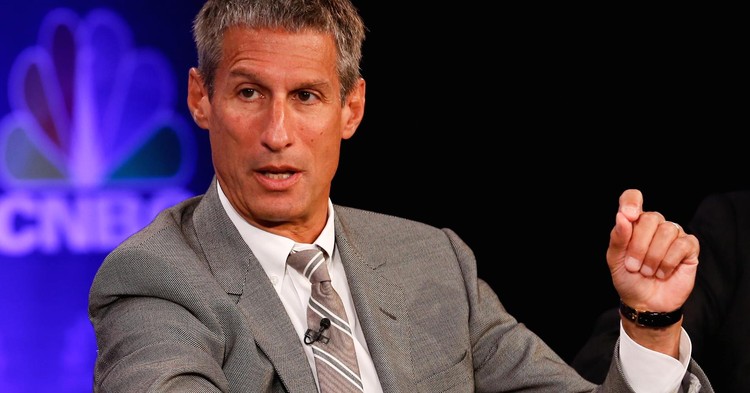 “Although I continue to believe very strongly in our investments, process and team, the industry and market headwinds against us have been strong, and the timing for success in our positions too unpredictable,” Perry wrote in a letter to investors.

Richard Perry has been one of the biggest names in the industry managing his hedge fund for almost 3 decades. What is particularly remarkable, is that his company never had a losing year all the way from its inception in 1988 to 2007 when it reached its peak of $15.5 billion. However, the fund's assets dropped to $10 billion in 2015, followed by a harsh decline to $4 billion this year, what pushed Perry to make a hard decision.

EVestement data research reported that investors have withdrawn more than $50 billion from the industry only this year, leaving many hedge fund firms on the edge of survival, says Financial Times. As the industry has reached the point when its biggest players like Brevan Howard and Tudor Capitals are trying to reanimate their business by going away from the benchmark practices and leading firms like Perry Capital are shutting down, there is clearly something to worry about.